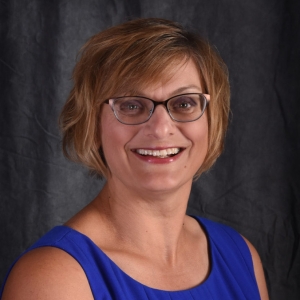 Denise Brochu was one of the initial four individuals who started Good Life in February of 2012.

Denise Brochu was one of the initial four individuals who started Good Life in February of 2012. Prior to making the move, she worked as a Licensed Advisor Assistant at Waddell & Reed. She helped create the infrastructure at Good Life and was promoted to Director of Transitions in 2014. In this role, Mrs. Brochu managed a team of transition specialists, providing advisors with support and training during their onboarding process. Then in 2016, Mrs. Brochu passed the Series 24 exam and was promoted to the Director of Compliance, Principal Delegate. She served in this capacity until the Chief Compliance Officer retired from the position. Mrs. Brochu was then promoted to that position. Besides serving as the Chief Compliance Officer, Principal Delegate; Mrs. Brochu also assists in the comprehensive training of onboarding advisors once an advisor has transitioned.

Mrs. Brochu attended Johnson & Wales University, Providence RI; on a full-tuition scholarship and graduated with a Masters Degree in International Business.   Mrs. Brochu grew up in Robesonia, PA on a family farm which instilled a strong work ethic.

Mrs. Brochu has recently celebrated 25 years of marriage to her husband, Tony and have two daughters who are both currently living in Ohio. Mrs. Brochu and her husband, own TwoCan Kettle Corn and Catering business. They can be found around the local area at many festivals.

Our practice is built on relationships. “It’s not the size of the wallet but the quality of the relationship”. Fred listens and works with his clients to develop a partnership of mutual respect and support.